Maximillian is a researcher currently based in Yangon specializing in political and human rights issues across Asia.

Maximillian has worked for organisations including the Karen Human Rights Group, Progressive Voice Myanmar, Human Rights Without Frontiers and the Assistance Association for Political Prisoners.

His research has focused on a wide range of issues including labour camps and judicial reform in Myanmar, the legal status of Tibetan refugees, migrant workers in Thailand and identity and citizenship in Nepal. He has published over 50 articles, 1 book & co-authored 8 in-depth thematic reports. He has worked in Nepal, Thailand and Myanmar since 2014.

​He is the author of "By the Way of the Border: Travels around the frontiers and beyuls of Nepal", published by Vajra Books in 2019.

On this website is a small selection of Maximillian’s published writing, find him on Twitter at @max_morch. 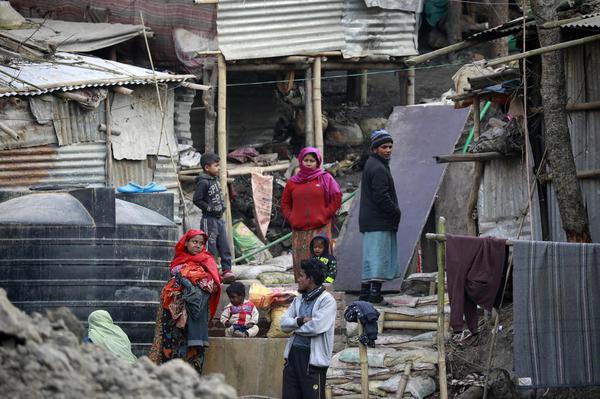 Closing the border isn’t an option

Due to hostile environments in India and Bangladesh, Rohingyas fleeing genocide in Myanmar may look to Nepal for refugee, and in order to protect Nepal’s sovereignty and national security, they should be barred from entry into Nepal, argued Prasanna Mahat in her article entitled The Rohingya in Nepal published on January 1 in this newspaper. While the situation is undoubtedly complex, the idea that Nepal should deny entry to new arrivals is a problematic argument for several reasons. First of 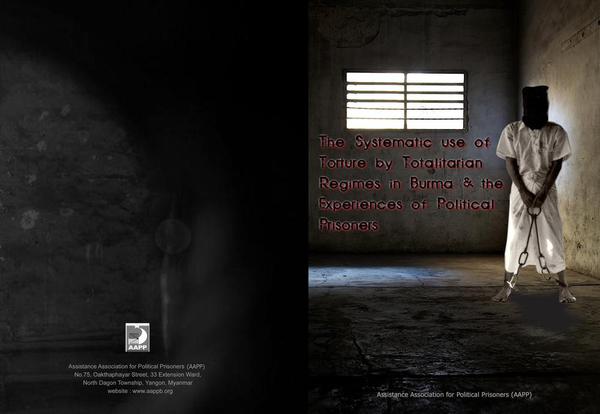 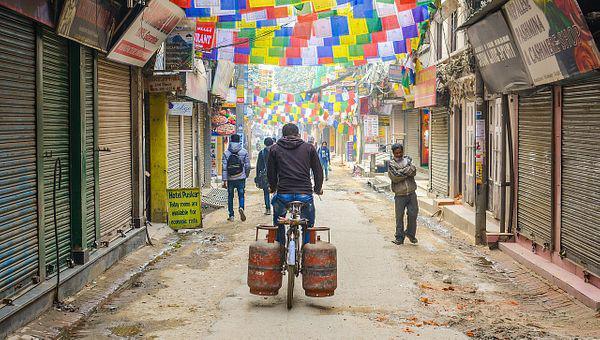 Four years ago, celebrations erupted across the Nepali capital after President Ram Baran Yadav stood in front of the Constituent Assembly and promulgated a new constitution. The constitution formally declared Nepal a federal democratic republic and was the product of the second Constituent Assembly which had been in session since 2013. The final proceedings of the constitution were fast tracked in an ephemeral moment of political unity as the country still reeled from the devastating April earth 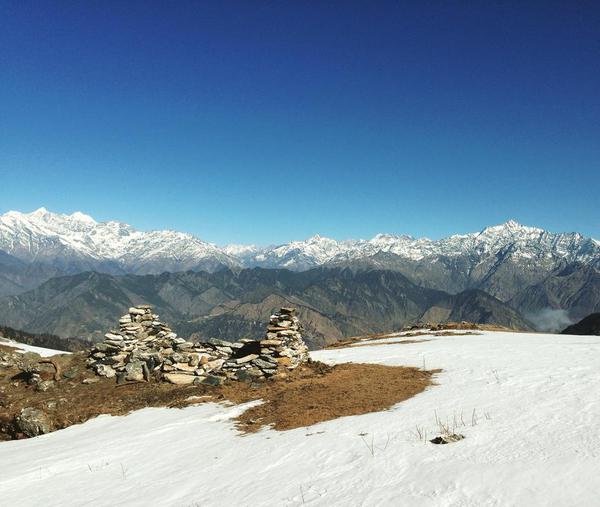 Api Nampa Conservation Area has been a colossal failure 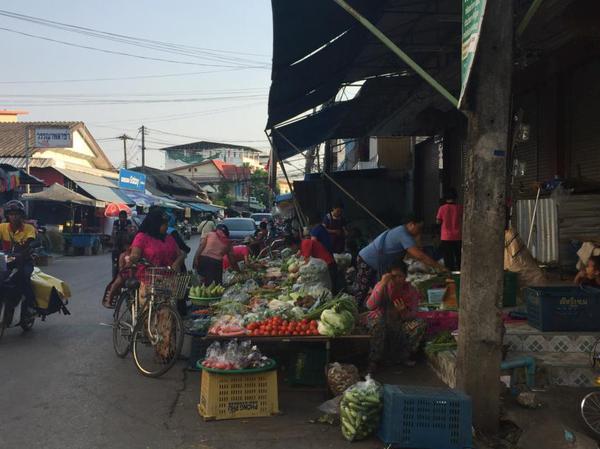 Nepali Diaspora in Thailand struggles to get citizenship 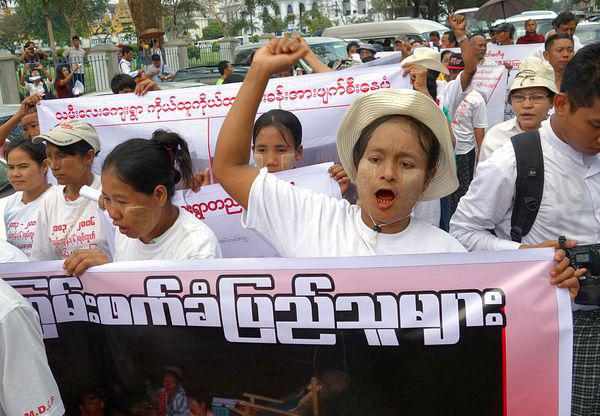 Land confiscation is rife in Myanmar. Confiscation of land for plantations, Special Economic Zones, development projects or for use by the military or other armed groups has affected Myanmar for decades. Today, following the 2015 Nationwide Ceasefire Agreement and the easing of sanctions on the country, bringing an increase in foreign capital for development projects, the pace of land confiscation shows no signs of slowing down. The scale of the seizures is not accurately known but in 2016 the F 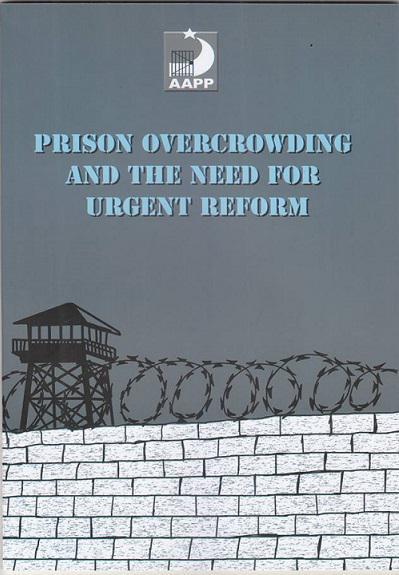 Prison Overcrowding and the Need for Urgent Reform

Prisons are a direct reflection of a country’s administrative, legislative and judicial systems.Hidden from public view, facing stigmatization and afforded little public sympathy, prisoners face a greater risk of having their human rights abused. These issues are compounded even further in light of rising prison populations around the world and the prevalence of prison overcrowding. 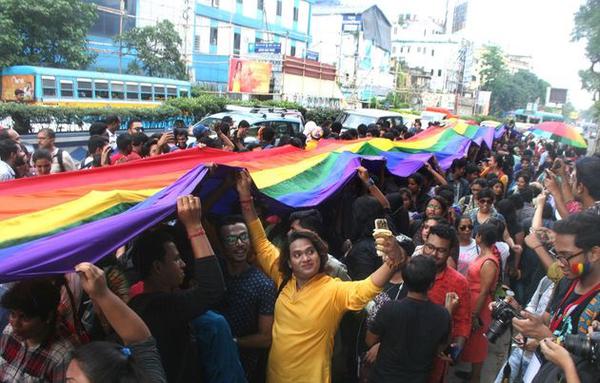 The British Empire started to fall apart after the Second World War. Over the new few years, at the culmination of long, hard-fought independence struggles, countries all over the world gained independence and were free, more or less, to pursue their own goals and self-rule. However, an unhelpful inheritance of colonial legislation designed to repress, control, and curtail freedom of expression was bestowed upon these nations. 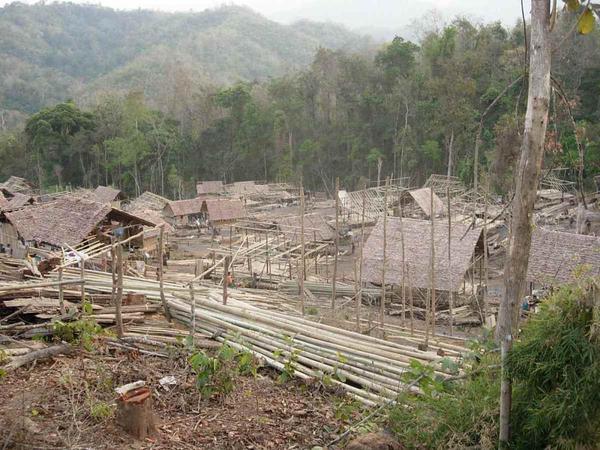 Maximillian Morch writes about how local community organizations in refugee camps mitigate natural disasters but face cuts. A few months ago, widespread flooding from the start of this year’s monsoon caused havoc in refugee camps on Thailand’s western border with Myanmar. The flooding destroyed homes, community buildings and schools. Now the disaster response is almost complete, with civil society and donors providing resources for emergency relief. Yet now, as the waters have subsided, a new q 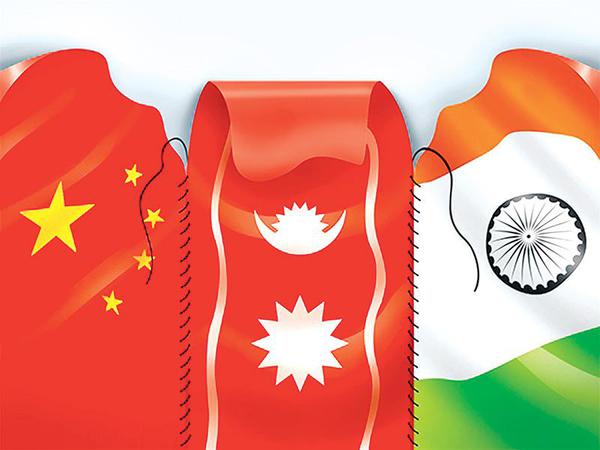 Prime Minister KP Oli’s five-day visit to Beijing in June 2018 resulted in fruitful developments such as the signing of a memorandum of understanding on several items, most notably a Lhasa-Kathmandu railway. India did not see this trip, which will bring significant developmental benefits to Nepal and geopolitical benefits to China, from a positive point of view. For some in New Delhi, such agreements threaten well-established mutual cooperation between India and Nepal. They do not see this devel 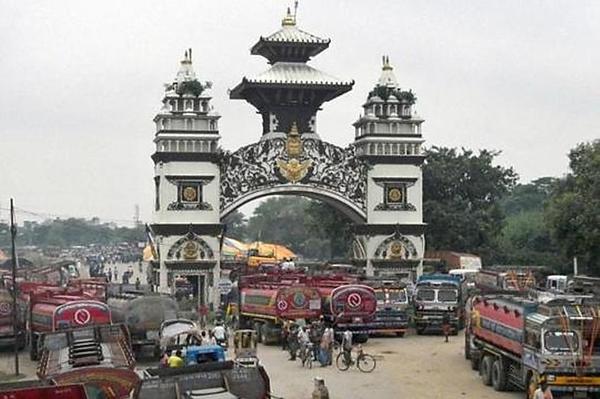 Why is Nepal not respected as a sovereign state

The dynamics between Nepal and regional superpowers, China and India point to a much bigger issue that questions the sovereignty of small states. How China and India engages with Nepal, and how Nepal responds provides great insight into the dynamic relationship between two emerging powers. Researchers should always be on the lookout for ways that could shed light on the nature of relations between these big powers. 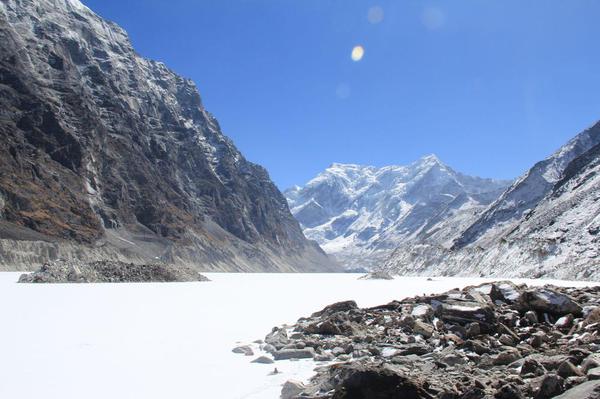 Trekking to the Rolwaling Valley and Tso Rolpa Lake

The first Western exploration of the Rolwaling Valley was undertaken by Eric Shipton and his team at the end of the 1951 British Mount Everest Reconnaissance Expedition. After extensive exploration of the Solukhumbu for potential routes to tackle an Everest summit attempt, the team decided on their return to cross over the Tashi Lapsek Pass and return to Kathmandu via the as-yet-unexplored Rolwaling Valley. It was here that Shipton took the iconic and original yeti footprint photographs, startin 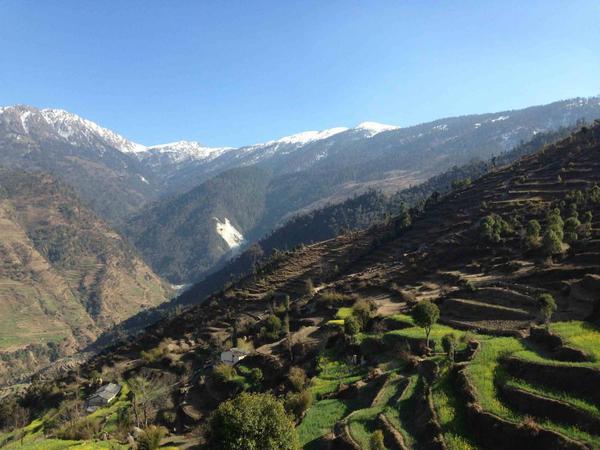 Trek to Darchula and the Api Nampa Conservation Area

There I stood, on paths previously trod by the famed Limi salt traders, who ventured further north into Tibet, while staring a the riverbanks of the most western flank of Nepal, into what was once the territory of the Gurkha Kingdom. Alone in this remote district of Nepal, I stared into India from my vantage point inside the Api Nampa Conservation Area. Far off the beaten track of Nepal’s tourist industry lies the Far West region. Yet over the last few years, tourism has fast started to advance 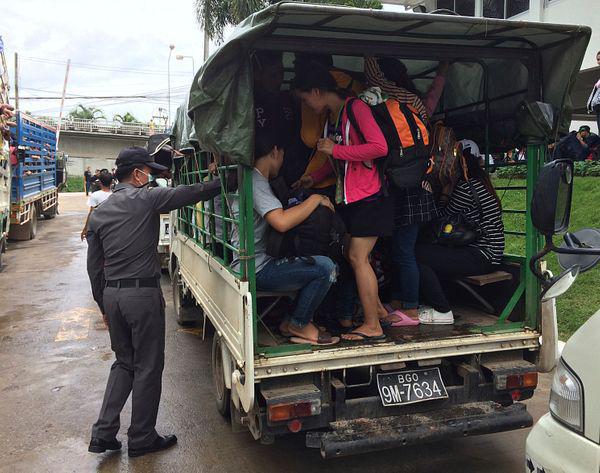 Migrant workers from Laos, Cambodia, and Myanmar are the backbone of the Thai economy. As of May 7, 2018 there were 2,189,868 registered migrants in Thailand, yet there are many more undocumented laborers. They have long been the solution to the problem of rising domestic labor costs, amid the need for large amounts of manpower. Often unseen, many operate among the fringes of Thai society. 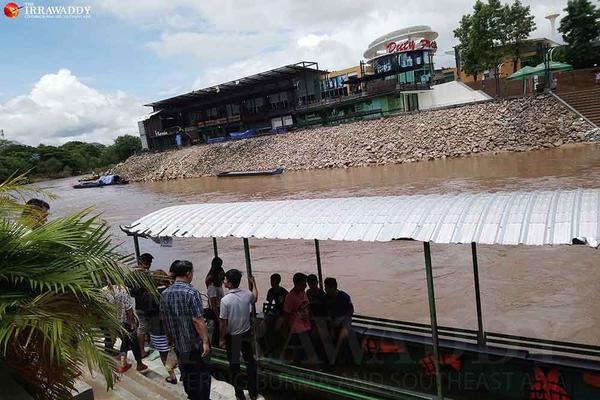 A Gamble on the Border

The murky border trade along the Thai/Myanmar border has graduated into large well-constructed casinos with luxury duty free shopping. Yet behind the veneer of respectability lies a high social cost and a wealth of dodgy practice. The Moei River is unlike most rivers, in that it runs from a southern to northern direction, parallel to the Dawna mountain range. In places wide and fast flowing, in others, it slows to a trickle and can be crossed on foot. Yet nothing in the rivers flow would suggest its real importance, serving as the border between Myanmar and Thailand 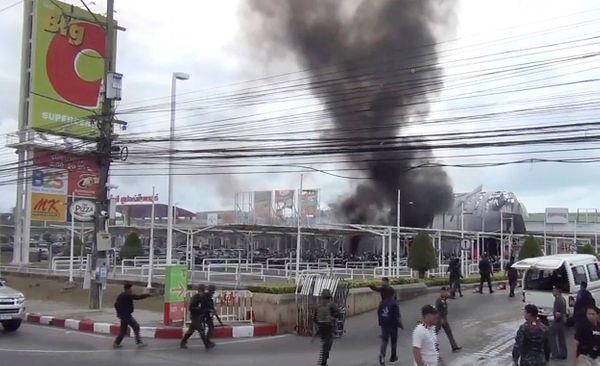 Thailand’s deep south is far different from the islands that put Thailand on the tourist map. Here, the muezzin is heard more frequently than music from bars. The insurgency which has been ongoing in earnest since 2004 has played out mostly in the three southernmost districts of the country — Pattani, Yala and Narathiwat — and occasionally the southern provinces of Songkhla. The insurgency’s roots in the deep south date back to Thailand’s annexation and conquest of the Malay Sultanate of Patani 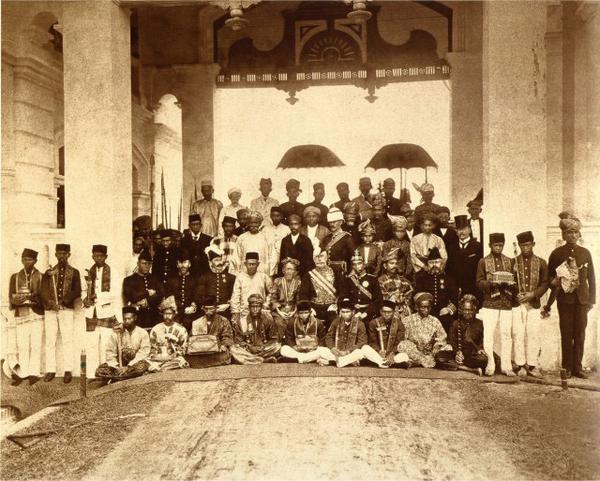 The Sultanate of Pattani

The colourful but briefly lived Sultanate of Patani was formed in 1516 and only lasted to the late 17th century. Yet during this relatively brief period, During this period of a few hundred years, Patani rose ‘from obscurity in the fifteenth century, Patani was, by the end of the sixteenth century, one of the premier Southeast Asian centres for Chinese and Japanese goods and a major player in the trade of the Malay Peninsula and South China Sea’. Yet now this region, consisting of modern day Yala, Pattani and Narathiwat has been in the midst of an insurgency that started in earnest in 2004. 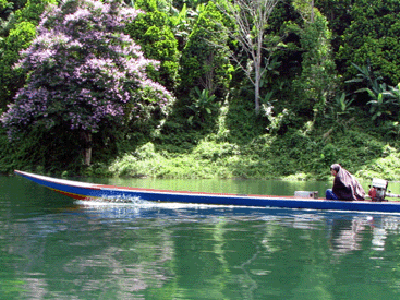 For the last 14 years, the Deep South of Thailand has been rocked an insurgency between Islamic insurgents who want to carve out an autonomous region, and Thai security forces. Before that, these southern rainforest were the home of the armed Communist party of Malaya. As a result of these decades of conflict, the dense tropical vegetation and the abundance of wildlife in the region has been left largely untouched. 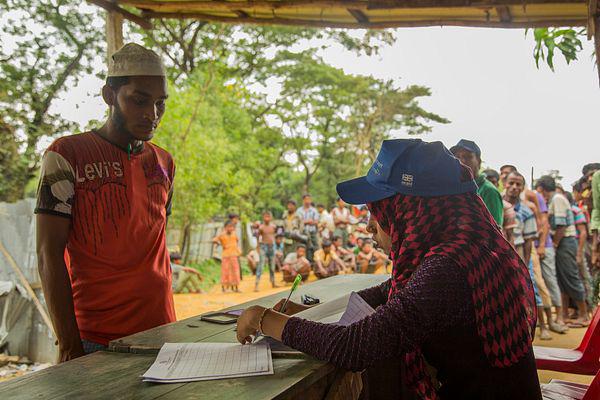 Nepal and the Rohingya Refugees

Images of hundreds of thousands of Rohingya fleeing all manner of atrocities in northern Rakhine state in western Myanmar have flooded television screens and newspapers over the last few months. Over 500,000 Rohingya are believed to have fled in order to escape persecution by the Tatmadaw, Myanmar’s military. Stories of rape, murder, and torture have now become commonplace. While the overwhelming majority of refugees are currently in Bangladesh, several hundred Rohingya have sought refuge in Nep 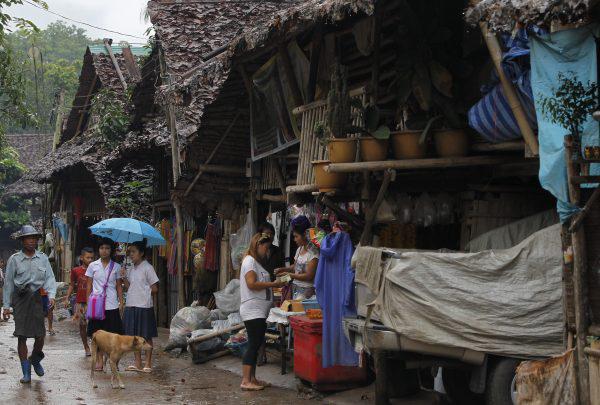 The quandary of repatriating refugees along the Thailand–Myanmar border

Ever since political and ethnic conflict erupted in Myanmar in 1948, hundreds of thousands of civilians have been forcibly displaced and left to flee to and settle along the border with Thailand. These refugees are predominantly from Myanmar’s ethnic minorities and as conflict between ethnic armed organisations (EAOs) and the Tatmadaw (Myanmar’s military) continues, many are stuck between the two countries in limbo.
Load More Articles
Close ✕